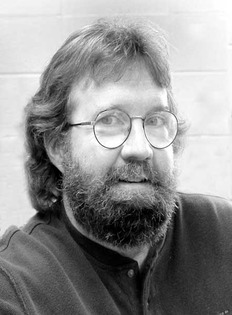 Endless Forms Most Beautiful: The New Science of Evo Devo and the Making of the Animal Kingdom Gebundene Ausgabe – 1. April 2005

"Every animal form is the product of two processes--development from an egg and evolution from its ancestors," writes Sean B. Carroll in his introduction to Endless Forms Most Beautiful. The new science of "evo devo"--or evolutionary developmental biology--examines the relationships between those two processes, embryonic development and evolutionary changes, despite their radically different time scales. Carroll first offers a recap of how genes express themselves in a growing embryo, then peers into the life histories of real-life examples to explain how those genes have changed (or not changed) over millions of years of evolution. Paraphrasing Thomas Huxley, he asks us to consider evolution and development as two sides of the same coin.

We may marvel at the process of an egg becoming an adult, but we accept it as an everyday fact. It is merely then a lack of imagination to fail to grasp how changes in this process that assimilated over long periods of time, far longer than the span of human experience, shape life's diversity."

The book's second half is where Carroll really gets at the meat of evo devo, explaining how regulatory genes control such mysteries as individual and population changes in butterfly's spots, jaguar fur, and hominid skulls. Evo devo is one of the hottest areas of study in 21st-century biology, and Carroll's outline of the field is a great place to start understanding it. --Therese Littleton
Beginnen Sie mit dem Lesen von Endless Forms Most Beautiful auf Ihrem Kindle in weniger als einer Minute.

HydrogenLogic
5,0 von 5 Sternen Endless Forms
Rezension aus Deutschland vom 30. März 2017
Verifizierter Kauf
Sean B. Carroll (not to be confused with Sean Carroll, cosmologist) is a professor of molecular biology, genetics, and medical genetics, so he's an expert on the subject. In this book, he' argues that most of the evolution of animals happened by changes in the regulatory genes (those that don't code for structural proteins) controlling embryonic development, which would explain why so many different forms are possible with so few genes. The argument is compelling, and he makes a strong case for it. Excellently written by an expert, witty but by no means dumbing the subject down, it is easy to follow and understand. It's especially interesting if you have a background in biology, particularly in the theory of evolution. Highly recommended!
Lesen Sie weiter
Eine Person fand diese Informationen hilfreich
Nützlich
Missbrauch melden
Rezensionen auf Deutsch übersetzen

Sofia
5,0 von 5 Sternen Great story telling style
Rezension aus Deutschland vom 28. Februar 2014
Verifizierter Kauf
I've bought this book since my professor asked us to have a look at it, and this book wasn't like other college papers.
It's written in a novel style and explains complex evolution hypotheses and theories in a relaxed way which makes this not only a good science book, but also a great lecture for in-between freetime.
Lesen Sie weiter
Eine Person fand diese Informationen hilfreich
Nützlich
Missbrauch melden
Rezensionen auf Deutsch übersetzen
Alle Rezensionen anzeigen

Joe
5,0 von 5 Sternen Eye opening about whats going on with DNA, develiopment and evolution
Rezension aus dem Vereinigten Königreich vom 2. März 2021
Verifizierter Kauf
So it turns out forget this simplistic blueprint stuff you see in the headlines, there's switches that switch DNA off and on and other switches that control the switches.
And at root an infrastructure that goes back well beyond 500 million years that's still controlling organisms development and potential evolution today.
Fascinating stuff, a great read, and also given the underlying complexity of this subject, an easy read as well.
Lesen Sie weiter
Missbrauch melden
Rezensionen auf Deutsch übersetzen

J. Oliver
3,0 von 5 Sternen Excellent read but image issues.
Rezension aus dem Vereinigten Königreich vom 12. September 2018
Verifizierter Kauf
Book is excellent however the colour plates in this edition are black and white - not to mention printed on the standard book paper - this is an issue when looking at some of the close up photographs of embryos that are supposedly subtlety coloured to illustrate certain findings. In addition one is missing entirely (4R) although the caption is there.
Lesen Sie weiter

3,0 von 5 Sternen Excellent read but image issues.
Rezension aus dem Vereinigten Königreich vom 12. September 2018
Book is excellent however the colour plates in this edition are black and white - not to mention printed on the standard book paper - this is an issue when looking at some of the close up photographs of embryos that are supposedly subtlety coloured to illustrate certain findings. In addition one is missing entirely (4R) although the caption is there.
Bilder in dieser Rezension

Gary B.
5,0 von 5 Sternen Evolution of Evolution
Rezension aus dem Vereinigten Königreich vom 23. Juni 2019
Verifizierter Kauf
Darwin's brilliant conceptual leap finally gave evolution a viable framework in the mid-19th century and this was given further support with the advent of genetics starting in the early 20th century, but the exciting new field of evo-devo (embryology) shows how Darwin's 'modification by descent' actually works, and there is no better introduction to this field than Carroll's well-written and well-sourced Endless Forms Most Beautiful. A delight for the expert and the curious layperson alike.
Lesen Sie weiter
Eine Person fand diese Informationen hilfreich
Missbrauch melden
Rezensionen auf Deutsch übersetzen

David C
5,0 von 5 Sternen Not a 'just so' story, rather an in depth explanation of how the zebra got his stripes
Rezension aus dem Vereinigten Königreich vom 14. Dezember 2019
Verifizierter Kauf
A fascinating tour through the subject of Evolutionary Development (Evo Devo). As a writer, Sean Carroll has delivered a very comprehensive and readable book. It's not a book that you can dip into as it builds your knowledge as it goes, which is a good thing as it goes quite deep.
Lesen Sie weiter
Missbrauch melden
Rezensionen auf Deutsch übersetzen

Dr. C. Jeynes
5,0 von 5 Sternen Evo-Devo, the new science of evolutionary developmental biology
Rezension aus dem Vereinigten Königreich vom 2. Januar 2010
Verifizierter Kauf
Carroll is a geneticist at the University of Wisconsin, and his book is about the recent rise (in the last decade or so) of the science of evolutionary developmental biology.

In the book he walks us through a whole set of cases where the mechanism for the way structure in living creatures develops is elucidated in great genetic detail. He discusses a series of cases where specific deformations can be shown to be the result of specific mutations, and shows us how these results can be understood and generalised.

He then goes into details about fruit flies. These little creatures are a backbone of genetics research, since they are so easy and quick to handle and make experiments on. And they turn out to be extraordinarily interesting! It turns out that fruit fly genes are found all across the animal kingdom, including in us, and wherever they are found they are used in the same (generalised) way. The new understanding is of a "toolbox" approach. Nature appears to have a genetic toolbox to make the riot of different forms that we see.

Then, in Part II, he becomes even more exciting. He says: "The stories I will tell create a vivid new picture of the evolutionary process ... discoveries have revealed one of the 'Holy Grails' of evolutionary biology -- the precise genetic changes responsible for evolution in particular species." This makes my heart race!

He has a section called "New genes for new animals?", and proceeds to show that, no, it is old genes that are re-used for new animals. He has a deeply interesting chapter on appendages (legs/gills/wings/antennae) showing the genetic relationship of the various instances of these in many vastly different organisms ; and another on how the butterfly got its spots : this is a case where the genetic organising factors are rather simple and have been worked out in detail. Then follows an equally fascinating study of how the zebra got its stripes : the importance of melanism ("Paint it Black!").

Finally he has a chapter on the evolution of the human mind ("The Complex and Subtle Genetic Basis of Human Evolution"). He says: "The discoveries of FOXP2 and MYH16 have generated a great deal of excitement in scientific and medical circles as well as in the general press. But are they the whole story of the development and evolution of jaw musculature and craniofacial form, or of speech and language? Not at all. They are just the beginning."

Carroll is out to explain to us what is really happening. He doesn't simplify! Omitting detail is not the same as simplifying! I love this book for this very reason. I finished it, being deeply informed about the realities of what is going on.

All the way through Carroll's book he is emphasising the surprise of the new discoveries. So on p4 he says, "only very recently have deep answers been discovered, many of them so surprising and profound that they have revolutionised our views of the animal world and our place in it." He talks of "breathtaking" processes, "bombshells", "shattering our previous notions" and so on. For Carroll, beauty in science is much more than skin-deep. The best science is an integrated product of our emotional and intellectual sides.