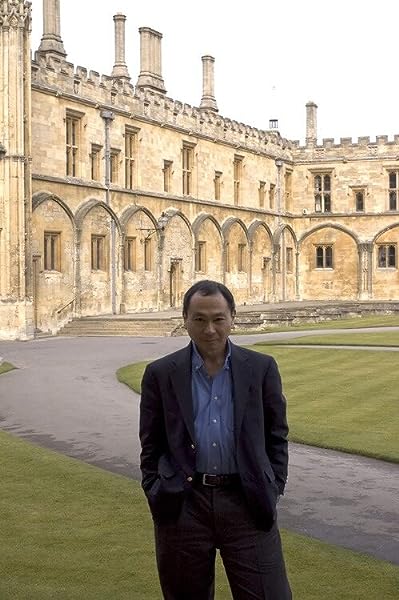 Maybe we have a future after all: Our Posthuman Future is political historian Francis Fukuyama's reconsideration of his 1989 announcement that history had reached an end. He claims that science, particularly genome studies, offers radical changes, possibly more profound than anything since the development of language, in the way we think about human nature. He makes his case thoroughly and eloquently, rarely dipping into philosophical or critical jargon and consistently maintaining an informal tone.

Fukuyama is deeply concerned about the erosion of the foundations of liberal democracy under pressure from new concepts of humans and human rights, and most readers will find some room for agreement. Ultimately, he argues for strong international regulation of human biotechnology and thoughtfully disposes of the most compelling counterarguments. While readers might not agree that we're at risk of creating Huxley's Brave New World, it's hard to deny that things are changing quickly and that perhaps we ought to consider the changes before they're irrevocable. --Rob Lightner

“Stunning...The genius of Our Posthuman Future is that it brings home just how important [these issues] will be in our immediate future for ordinary people.” —San Francisco Chronicle

“Invaluable...Rarely has someone entering the policy arena so eloquently and precisely laid out the case for political control of emerging technology.” —Los Angeles Times Book Review

“A timely, thoughtful and well-argued contribution to an important subject.” —The New York Times Book Review

“A provocative argument that raises the nature-versus-nurture debate and questions about the role biology plays in human nature.” —Chicago Tribune

“This groundbreaking inquiry...provides a remarkably sensible and human vision of what is at stake and what needs to be done.” —Foreign Affairs

“A cogent and important argument against the technocrats and ‘casual academic Darwinians’ who have so enthusiastically attempted to reduce our humanity to an increasingly implausible and culturally neutral calculus.” —Times Literary Supplement

“In Our Posthuman Future, he has looked past the end of history and described the end of mankind...[An] informative survey of contemporary bioscience and its political implications [and] an effort to lay ethical foundations for policy judgments.” —The American Prospect

Francis Fukuyama is Bernard Schwartz Professor of International Political Economy at the Paul H. Nitze School of Advanced International Studies, The Johns Hopkins University. In 2002, he was appointed to the President's Council on Bioethics. He is the author of The Great Disruption: Human Nature and the Reconstitution of Social Order, Trust: The Social Virtues and the Creation of Prosperity, and The End of History and the Last Man, among other works. He lives in McLean, Virginia.

Roman Nies
4,0 von 5 Sternen The manipulated society
Rezension aus Deutschland vom 22. August 2008
Fukuyama, professor for international political economy counsels the US president in questions of Bio-ethics. He is one of the better known thinkers of philosophy of history in our time.
In this book he demonstrates how new informations in the fields of behaviour research, evolution biology, neuropsychology and others reform our understanding of man. Man is no longer understood as dual, instead the spirit is regarded as a product of brains. Man is reduced to an object. With the help of psychotropic drugs and biotechnical methods man has become manipulative to the extent of a change of his personality.
The question is whether we can use our freedom in a positive way or let us master by scientific standards to a manipulated being. The author describes dramatic consequences for our democratic societies and warns of the loss of complexity and the pluralism of human nature. Are we on our way to a manipulated society where the establishment makes the decisions for the individuals? Will individuality be abolished and sacrificed to the mainstream interest groups? The freedom of the individual person must be protected from state and lobbying groups.
Recommendable reading for all who want to understand the developments of our society and look behind the curtain of the official announcements.

Justin Greenough
2,0 von 5 Sternen Not a book about our posthuman future.
Rezension aus den Vereinigten Staaten vom 19. Oktober 2018
Verifizierter Kauf
I'd expect a title like "Our Posthuman Future - Consequences of the Biotechnology Revolution" to substantially address the consequences of the biotechnology revolution for our posthuman future. This text does neither. Neither does it, as some of its supporting reviewers suggest, prepare a reader interested in the biotech / bioethics debate for that discussion. Furthermore I'd expect a writer with such stunning credentials to bring a better informed less error-ridden perspective to these complex issues. Again, prepare to be disappointed: many claims appearing in the text are simply wrong.

A good 66% of the text is bound up in a futile attempt to convince the reader of two extremely questionable points:

1. Modern thinking is misguided about "human nature", the only remedy being a return to pre-Kantian thinking about essences etc.
2. That any notion of human rights and ethics must be founded on a concept of human nature.

Though the subject of a should-be text on the pedantics of contemporary rights talk, this would be allowable if his arguments were compelling and clearly written, and if additionally these points were then leveraged to comprehensively describe what life and policy might look like in a future where the implications of biotech development at all touches on these points. Unfortunately, we are instead gifted an open window into a confused mind struggling with fundamental concepts surrounding "human nature" and its connection to human rights and ethics (huge can of Renaissance-grade worms there), only to inevitably fail in the basic task of describing in any way what precisely human nature consists: since the crux of the entire text hinges on it one would think his positions would be clearly unpacked. Not so.

Moving from the botched philosophical underpinnings of the author's position, perhaps he'll redeem himself with an imaginative and informed description of how we as a future society and as a species might address the inevitable realities of genetic modification for enhancement (very interesting), or even just for treatment (a bit tired)? Again the text unquestionably fails to deliver. Instead we are treated to an unflinchingly conservative position that the only way to combat negative outcomes is to pass the burden of biotech research regulation to political bodies which will be successful in hedging these outcomes to the degree that they are successful in orchestrating global consensus to outlaw biotech research. Nothing imaginative here, just the usual fear mongering.

If you're looking for a description of global/local social policy in a future with responsible access to biotech-enabled human enhancements this is not what you're looking for. Personally I'm shocked that someone with such stellar credentials could turn out such impoverished thinking and writing. Very disappointed.

Matty
4,0 von 5 Sternen Our Posthuman Future
Rezension aus den Vereinigten Staaten vom 2. Oktober 2018
Verifizierter Kauf
I was assigned this book for a class and enjoyed it immensely. There were many aspects of biotechnology that I had never taken the time to familiarize myself with but this book answered a lot of my questions. While I do not agree with much of Fukuyama’s political views and some of the information is now dated, he still laid out a compelling case in a book that is both broad and deep in terms of content, theories and arguments.
Lesen Sie weiter
Missbrauch melden
Rezensionen auf Deutsch übersetzen

Fukuyama suggests that failure to impose substantial government dictates over the "when's" and "how's" of future research centering on the human body and mind will precipitate a significant sea change in the inherent nature of our species, how we interact with one another, and a potential threat to Liberal Democracy. The implicit message is that unfettered scientific inquiry will lead to developments we will come to deeply regret.

While Fukuyama correctly illustrates the "easy fixes" that our society has latched onto (Prozac, Ritilin: Who said freedom to choose would mean wise choices?), his thesis fails to acknowledge the considerable roadblocks that authorities have placed in the way of the evolution of our species throughout history.

"Human nature" has, in fact, demonstrated a rather elastic nature over time. If one accepts the premise that human nature is fixed in an eternal quest for freedom, self-development and dignity and is manifested in superior intelligence, then one would want to remove any artificial roadblocks to creating the maximum environment in which these attributes could flourish. How else to explain the demise of almost all competing political models to Liberal Democracy? Yet, Fukuyama proposes a step backward, based on what appears to be a fixed, non-elastic definition of human nature.

Were a caveman to be plopped down in the late 20th Century and witness the first heart transplant, would he recoil in disgust and declare the practice inimical to the basic fabric of human existence? Quite likely. Does that mean, with the limited intelligence of a less developed brain - but with a brain nonetheless and all basic body parts and feelings that "Modern Man" exhibits - that the caveman would be right? I don't believe anyone would answer in the affirmative.

As dispassionate and thoughtful as Fukuyama's work appears on the surface, his call to action would have us expand the yoke of State control at a time when his beloved model of Liberal Democracy is finally expanding across the globe, toppling barriers to the practical application of human intelligence everywhere.

Which, in its own way, is rather ironic.