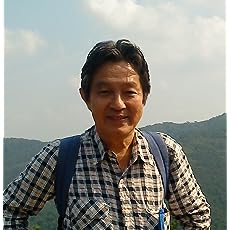 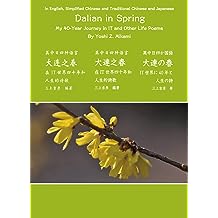 Dalian in Spring / 大连之春 / 大連之春 / 大連の春: Ebook in four written languages: English, Simplified Chinese, Traditional Chinese, and Japanese (English Edition) 03.07.2017
von Yoshi Z. Mikami , 三上吉彦
9,99 €
In English ---
Uniqueness:
This is a book in four written languages: English, Simplified Chinese, Traditional Chinese, and Japanese. It is an enlarged edition of "Spring in Dalian" (2013), with the addition of Traditional Chinese and 18 new episodes. At each high-level section of the chapter in one language, you can click to move to the equivalent high-level section of any of the other languages.
Summary:
The author of this book has presented his life story: poems, autobiography, work in the computer business, contribution to China's IT outsourcing industry and travels within and outside of China. He hopes that his story will be helpful to those who work with China as well as to those younger Chinese people who work with the people outside. A summary of this book is available at: http://www.logos3.net/
The Contents:
Introduction
I. Epic Poems
II. The Precocious Autobiography
III. What I Like and Life's More Important Matters
IV. Higher Education in Japan, U.S. and China
V. Working in the IT Industry
VI. Supporting China's IT Outsourcing Industry (Look inside)
VII. Living in Dalian, China
VIII. Life in Northeast China
XI. Visiting Other Areas of China
X. Lyric Poems
XI. Here and There in This World
Conclusion
Key Words with Chinese and Japanese Translations
The author (Yoshi Z. Mikami=三上吉彦) was born in 1941 in Tokyo and received his education in Japan, U.S. and China. He had worked for an IT company for 36 years in Japan, U.S. and Taiwan, before he moved in 2001 to Dalian, China, where he served for Dalian Software Park for ten years. His hobbies are hiking and singing songs. He has co-authored three books in Japanese. He now lives in Hawaii, U.S.A..
------------------------
In Simplified Chinese
特点:
这是一本有英语、简体中文、繁体中文、日语四种写语言的书，是《Spring in Dalian / 大連之春 / 大連の春》（2013年）的增补版，增加了繁体中文和十八件新小节。在各个章内的大节题名，可以点击就移动到其他语言的该大节。
摘要:
这本书是作者至今为止一生的浓缩,囊括了诗歌、自传、在电脑公司的工作情况、对中国信息技术外包产业的贡献,以及在中国和世界各地的旅行见闻等内容。希望这本书对于和中国有关的世界各国人士,以及在中国生活的外国人,特别是年轻人能有很大的帮助。本书概要请见http://www.logos3.net/
中文目录:
序
一、叙事诗
二、为时尚早的自传
三ӌ
Mehr lesen
inkl. USt.