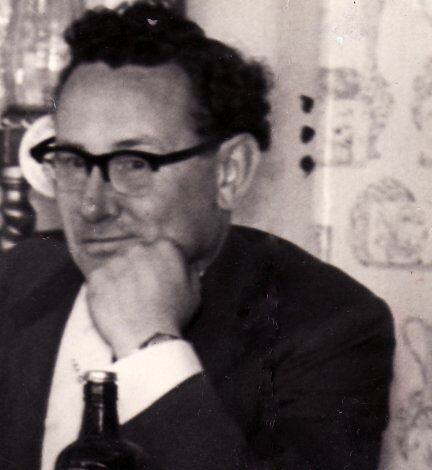 Sam Youd was born in Lancashire in April 1922, during an unseasonable snowstorm.

As a boy, he was devoted to the newly emergent genre of science-fiction: 'In the early thirties,' he later wrote, 'we knew just enough about the solar system for its possibilities to be a magnet to the imagination.'

Over the following decades, his imagination flowed from science-fiction into general novels, cricket novels, medical novels, gothic romances, detective thrillers, light comedies ... In all, under his own name and a variety of pen-names, he published fifty-six novels and a myriad of short stories.

He is perhaps best known as John Christopher, author of the seminal work of speculative fiction, The Death of Grass, and a stream of novels in the genre he pioneered, YA dystopian fiction, beginning with The Tripods Trilogy.

'I read somewhere,' Sam once said, 'that I have been cited as the greatest serial killer in fictional history, having destroyed civilisation in so many different ways - through famine, freezing, earthquakes, feral youth combined with religious fanaticism, and progeria.'

Titles published under the pen-name of Hilary Ford and under his own name are also available on Amazon.