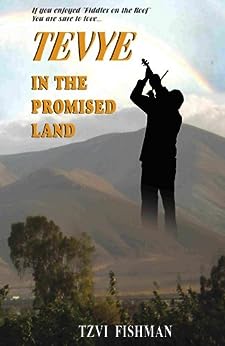 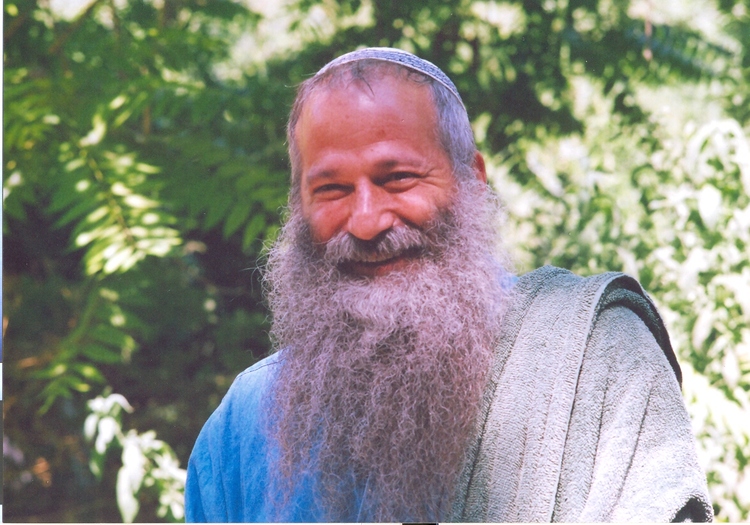 Thus begins Tevye’s unforgettable journey to the Promised Land. Tzvi Fishman’s stirring family saga of the continuing adventures of Sholom Aleichem’s beloved character, Tevye the Milkman, immortalized in “Fiddler in the Roof,” takes up where the original stories left off.

At a crossroads at the outskirts of their Anatevka village, Tevye and his daughters meet up with a troupe of Zionists headed for Palestine. Just then, as if the Almighty is pointing the way, the Anatevka mailman comes running with a letter from Tevye’s long-lost daughter, Hodel. Her communist husband, Perchik, has been exiled from Russia, and they are living in the Holy Land on a non-religious kibbutz!

Clinging to the Bible and the tradition he loves, Tevye has to defend his daughters, not only against the modern lifestyle of the Zionist pioneers, but against malaria-infested swamps, deadly plagues, swarms of locusts, Turkish prisons, and Arab marauders. With steadfast determination and faith, Tevye perseveres through trials and hardships in rebuilding the Jewish homeland. While trying to do his best as a father in marrying off his daughter’s to suitable husbands, Tevye himself finds a new bride to take the place of his deeply-missed Golda. Finally, as World War One threatens to destroy the Jewish settlements in Palestine, Tevye joins the first Jewish fighting brigade since the days of Bar Kochba and Rabbi Akiva. In a daring secret mission, he helps the British rout the Turks.

Filled with laughter, heartbreak, and joy, “Tevye in the Promised Land” is the compelling story of a people’s rebirth, and a triumph of inspiration and faith.

Former Hollywood screenwriter, Tzvi Fishman, was awarded Israel's Ministry of Education prize for Creativity and Jewish Culture for his novel "Tevye in the Promised Land." Other original and off-beat novels on a wide range of Jewish themes include: "Dad," "The Discman and the Guru," "Fallen Angel" and "Heaven's Door." He also has co-written four commentaries on the writings of Rabbi Kook with Rabbi David Samson. Other writings appear on his popular blog, "Felafel on Rye," at Jewish Press.com. -- Dieser Text bezieht sich auf eine andere Ausgabe: kindle_edition.

Amazon Customer
5,0 von 5 Sternen Great story
Kundenrezension aus Großbritannien 🇬🇧 am 3. Mai 2019
Verifizierter Kauf
This book followed the lives of Tevye and his daughters and sons in law as they travel to the Promised Land. The novel gives an interesting insight into what happened in the early 1910s while also telling a warm human story.
Lesen Sie weiter
Missbrauch melden
Rezensionen auf Deutsch übersetzen

Winks
5,0 von 5 Sternen ONE OF MY FAVOURITE BOOKS OF ALL TIME
Kundenrezension aus Großbritannien 🇬🇧 am 21. April 2014
Verifizierter Kauf
I loved 'Tevye's Daughters' and have very much enjoyed this sequel (although written by a different author) The original book of short stories evoked the atmosphere of a small Jewish village in Russia towards the end of the 1800's so well that one felt as though one had been there. Wonderful writing.
Lesen Sie weiter
Missbrauch melden
Rezensionen auf Deutsch übersetzen

Nathaniel Wyckoff
5,0 von 5 Sternen A Refreshing Novel about Jewish Jews
Kundenrezension aus den USA 🇺🇸 am 5. Mai 2019
Verifizierter Kauf
"Tevye in the Promised Land" takes the characters from "Fiddler on the Roof" in a whole new direction. It's a refreshing departure from the "neurotic Jew" garbage that permeated so much of "Jewish fiction" in the early 20th century. In this novel, Tevye the milkman is proud and heroic, and actually stands for something real. His adventures exciting, albeit improbable, and fun to read.

The Czar forces Tevye and his family out of Anatekva, their impoverished little Russian village. With nowhere else to go, they soon join a traveling band of secular Zionists who are on their way to the Holy Land. Right away, their clashing philosophies provide the material for some interesting, character-driven conflict. Their journey to the Land of Israel is fraught with all numerous dangers, even disasters; yet, somehow, they make it there - mostly in one piece. In his attempts to settle down and establish roots in the Land of Israel, Tevye's fighting spirit emerges, as he takes on both physical and spiritual adversaries.

It was nice to read a book about Jewish Jews. So much of "Jewish" literature - by the likes of Philip Roth, Saul Bellow, Isaac Bashevis Singer, Woody Allen, I.L. Peretz and others - over the past century has focused on characters who abandon their traditions, or rebel against their traditional families, and then rationalize those decisions by finding delight in a very different way of life. Tevye in the Promised Land depicts characters who find meaning in the intellectual and emotional depth of traditional Judaism. Their lives are focused on holy aims, a far cry from prior literary characters and their angst-filled obsession with getting the non-Jewish world to accept them. Tzvi Fishman's main characters don't hate their Jewish traditions; rather, they lovingly cling to them and strive with all their might to perpetuate Jewish life in themselves and in their progeny. Tevye has an inner world that is fascinating to explore.

In page after page, Tevye, a supposed simpleton, bases his decisions on Biblical verses and the Jewish sages' teachings from the Oral Torah. His Judaism is grounded and intellectually sound - a sharp contrast to the ignorant, blind adherence to "tradition" that Shalom Aleichem's "Fiddler on the Roof" depicted. In Fishman's work, Tevye and company pray to G-d with minyanim (required quora of ten Jewish men), at synagogues and at the gravesites of holy people. They study the Torah deeply, and portions of the story involve a character's learning at a yeshiva in Tzfat. Rabbi Avraham Yitzchak HaCohen Kook is presented in a fictionalized form, yet with accuracy and reverence. Tevye and the others observe the Sabbath happily and properly; in fact, there are times when Tevye is even willing to fight for Sabbath observance.

Traditionally religious Jews exist, and Fishman presents them as real people, with real, meaningful, profound, lives; his characters have Jewish minds and Jewish hearts. Rather than maligning them as one-dimensional "Orthodox" or "ultra-Orthodox" caricatures, Fishman makes them people whom you would actually want to meet, and even be. That, alone, is a true feat in itself, and enough of a reason to pick up and enjoy this novel.
Lesen Sie weiter
Missbrauch melden
Rezensionen auf Deutsch übersetzen

Kwanyin
5,0 von 5 Sternen Tevye's Family Lives On
Kundenrezension aus den USA 🇺🇸 am 17. März 2016
Verifizierter Kauf
I loved this book, probably because I loved Fiddler On the Roof. All the same characters are here after the Pogrom chased them out of their village. After much difficulty they finally reach "the promised land" of Israel. their troubles don't end here! Oh, No. They go on and on, but Tevye takes them in stride as he always did and makes the best of every awful situation. For me it was a very heartwarming story of a man whose faith is undaunted no matter what happens. It may be unrealistic but it is refreshing. You certainly don't have to be Jewish to love this book especially if you wondered what happened to Tevye and his family after being expelled from their homeland.
Lesen Sie weiter
Missbrauch melden
Rezensionen auf Deutsch übersetzen
Alle Rezensionen anzeigen
Ein Problem melden
Enthält dieser Artikel unangemessenen Inhalt?
Bericht
Glauben Sie, dass dieser Artikel gegen ein Urheberrecht verstößt?
Bericht
Liegen bei diesem Artikel Qualitäts- oder Formatierungsprobleme vor?
Bericht