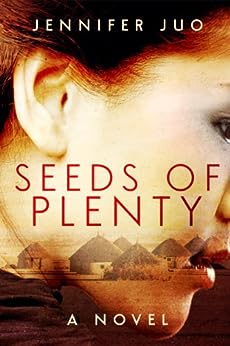 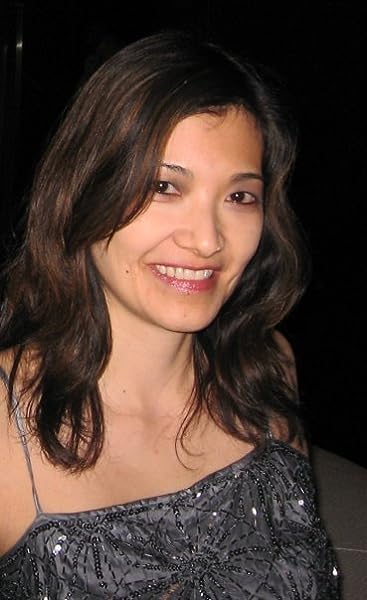 Englisch Ausgabe von Jennifer Juo (Autor) Format: Kindle Ausgabe
Alle Formate und Editionen anzeigen
Sorry, there was a problem loading this page. Try again.
Sylvia Soong, a young Chinese woman, finds herself in a rusty-tin roof town of West Africa, where the jungle meets the savannah and spirits cavort in baobab trees. In 1972, she marries Winston Soong, an aid worker on his way to Africa.

But life in Africa is not the adventure she imagined. Instead, Sylvia spends her days in their white tiled house trapped behind compound walls. Even though she longs for companionship, it arrives in an unwelcome form. She soon discovers she is not alone: spirit children prey on her newborn's life, and when her daughter is bitten by a snake, she meets Ayo, an African-English doctor who provides a window into a world previously out of reach.

While Sylvia is increasingly drawn to Ayo, Winston travels the countryside bearing miracle seeds that promise to triple harvests. Yet as he works with village farmers, he begins to wonder if the seeds do more harm than good. When a juju witch casts a spell on Winston's life, he is caught in a trap, and the forest canopy suddenly seems claustrophobic. As the country becomes increasingly violent, dangerous forces threaten all of their lives.

Set against the troubled and mesmerizing landscape of Nigeria, SEEDS OF PLENTY paints a vivid portrait of a country in transformation, rooted in a magical and menacing past full of bush-souls, python-mermaid spirits, military coups, juju black magic, airport pirates, and sacred forests. Chinese and West African spiritual beliefs collide in this richly imagined story about love that crosses oceans, identity that spans continents, and well-intentioned development aid gone wrong.
Mehr lesen
Previous page
Next page

Jennifer Juo is Chinese-American but was born and raised in Nigeria, West Africa. She attended boarding school in England and moved to the United States when she was seventeen. She currently lives in Singapore with her husband and two sons. Prior to publication, SEEDS OF PLENTY won Finalist in the San Francisco Indie Publishing Contest 2011 and the Pacific Northwest Literary Contest 2007. www.jenniferjuo.com www.facebook.com/seedsofplenty www.twitter.com/jenjuo -- Dieser Text bezieht sich auf eine andere Ausgabe: paperback.

First, its very easily written so reading is very smooth. Second, the story is so unique - chinese descents living in Nigeria, all the political and cultural changes happening in Nigeria, the influence of Western cultures on Afican agriculture, and love story among all of that. As someone who has never really read a book about African history, this gave me a good idea of how Africa was back in the time period described in the book. You can tell that the author did a lot of research. Finally, I really liked the tension that the characters had and the progress of the love story. It was depicted with a good fast rythm and with different perspectives from each character.

Daniel Greenman
5,0 von 5 Sternen I was transported back to my time in West Africa as a Peace Corps worker
Kundenrezension aus den USA 🇺🇸 am 15. August 2013
Verifizierter Kauf
I loved this book. There were so many simple moments in this story that reminded me of my short time in Africa in the early 1980s. You get a true feeling of how West Africa looks, smells, sounds, tastes, and feels. The heat and the Sun as well as the night sky were described exactly as I remembered them. I loved reading about the palm wine and palm oil. As I was reading the story I kept thinking the writer really knows Africa. A story like this can never be researched and written. You have to have lived there to know all the details the good ones and the bad. The book describes the wonderful people there and the terrible poverty also. Well, enough of me and my maudlin memories. Read this book and take a trip back to the Mother Land.
Lesen Sie weiter
2 Personen fanden diese Informationen hilfreich
Missbrauch melden
Rezensionen auf Deutsch übersetzen

patrick e bates
3,0 von 5 Sternen Hard to Rate
Kundenrezension aus den USA 🇺🇸 am 6. September 2013
Verifizierter Kauf
I read and rate novels based on my entertainment, not for literary value.
I'll be honest, I don't know how to rate this novel. Many times while reading it, I wanted to put it down and delete if from my Kindle ...but I didn't. The times that I felt bored and un-entertained, and was about it to ten it, the writer would insert something new and entertaining. It was like that all the way through ...like a roller coaster, I guess. The best I can say is that it was okay, but remember, I didn't quit reading, so that must say something about the author's ability.

Diane Owens Prettyman
5,0 von 5 Sternen The Good Wife
Kundenrezension aus den USA 🇺🇸 am 17. März 2013
Verifizierter Kauf
Jennifer Juo's first novel in three parts begins with a prologue written by her main character, Sylvia Soong, a Chinese woman living in Africa. The prologue sets the stage for the novel by dropping us into a scene where Sylvia visits her wounded husband in the hospital. Juo reveals that the juju man has caste a curse upon Sylvia's husband and that Sylvia feels guilty for a perceived wrong she has committed.
After the brief but powerful prologue, we fall back in time to the day Sylvia gave birth to her daughter, Lila, who she conceived before meeting Winston. It is 1973. Sylvia and the baby are left alone with the African maid, Patience, while Winston, an agriculture specialist, travels to the villages to help them plant crops with new hybrid seeds. Lonely and exiled, Sylvia looks for a way to cope with her new life.
From here, the novel launches into a rich story that dives deep into the culture of West Africa. Juo deftly weaves the story of Sylvia and Winston, from two points of view, creating sympathy for both characters. As Juo delves into their psyches, she takes readers on two very different journeys that alternately collide and separate. When Winston and Sylvia are together, we view the inside of a marriage born out of convenience and the consequences that ensue. When they are apart, Sylvia comes to life, struggling between her desire to be "The Good Wife" and her attraction to another man, a village doctor. Much of the time, she lives without her husband in a compound. She prefers the village just outside the walls where, "Half-dressed children with protruding bellies crammed Made in China combs, Bic Razors, and synthetic shirts through the open window of her car."
Meanwhile, Winston is so lost in his mission to jumpstart high-yielding hybrid maize production in Africa that he is blind to the adjustment troubles of his wife. In his defense, he has troubles of his own. We discover why when Juo describes the complex politics and culture of Africa at the time. One would think it would be easy to help African's plant seeds. Winston soon finds it is just the opposite. He ends up the victim of a juju curse, and he ends up shot. But he is not the only one in danger, even living in the compound, Sylvia experiences the daily trials of living in Africa such as when Lila is bitten by a green mamba. In this powerful scene, the doctor tells us of the bush-soul myth in Nigeria. "...We believe a person has four souls--the soul that survives death, the shadow on the path,the dream-soul, and the bush-soul." Juo often gilts the narrative with both African and Chinese beliefs. These rich additions and the well-researched details ground the novel in the expansive setting of one of the world's most exotic places.

Seeds of Plenty is well-paced and entertaining. Its characters are well-drawn and Sylvia Soong is a memorable protagonist. In the end, it is up to you to decide what it means to be "The Good Wife."

Brajesh K Singh
4,0 von 5 Sternen Oibos, go slows and jollof rice
Kundenrezension aus den USA 🇺🇸 am 24. September 2013
Verifizierter Kauf
As a fellow Oibo myself the setting is definitely southern Nigeria...I felt myself reminded of many of the cultural eccentricities and scenery. I enjoyed the way Jennifer brought out the local customs and superstitions and contrasted them with the beliefs of the characters. I think the novel is a story of conflicts and compromises, at so many levels, like a rich tapestry of yin and yang. Made me think of similar conflicts in my life...definitely a good read.
Lesen Sie weiter
Missbrauch melden
Rezensionen auf Deutsch übersetzen
Alle Rezensionen anzeigen
Ein Problem melden
Enthält dieser Artikel unangemessenen Inhalt?
Bericht
Glauben Sie, dass dieser Artikel gegen ein Urheberrecht verstößt?
Bericht
Liegen bei diesem Artikel Qualitäts- oder Formatierungsprobleme vor?
Bericht