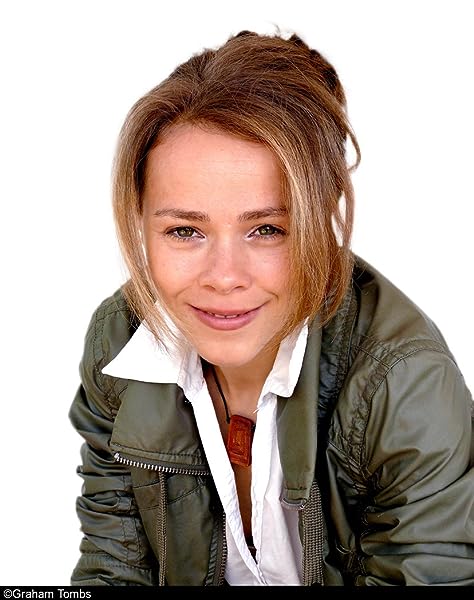 Featured in the Top Children's Books of 2018 by TES 'Red and the City is the most beautiful retelling of a classic tale I have read so far.' * Naseeba Alozaibi, Book Reviewer * 'A metaphorical masterpiece that we should all take heed of.' * Katie Weymouth, Illustrator/Creator of Audrey the Amazing Inventor * 'A striking alternative tale.' * Picture Books Blogger * 'Fresh, different and proactive, the book comes just in time to remind us that the wolves in life are not always human. I love the author's idea that we all live in wolf city, but only we can choose what to do in it.' * Detskiknigi.com, Leading Children's Book Review Website, Bulgaria * 'We do love clever reinventions of classic fairy tales, and this is an absolute stunner.' * Read It, Daddy * 'Red and the City is set to be a classic in its own right.' * Natasha Radford, Chicken and Frog Bookshop * 'Red and the City is different. Really different. This gorgeous picture book debut, written and illustrated masterfully by Marie Voigt, took me completely by surprise. [...] If you want a truly original take on this traditional tale, look no further.' * Laura Lodge, Education Consultant, One Education * 'Stylish, wise and cleverly created, this is the perfect book to share and enjoy with your little ones.' * Lancashire Post * 'We were blown away by this beautiful book. Such beautiful illustrations, and a brilliant take on a classic tale!' * Leeds School Library Services *

With a degree in Media Design and BA in Marketing, Marie Voigt had a successful career in TV, branding and graphic design before realizing that making picture books allows her to combine all her passions and skills in the most fulfilling way. Red and the City is her stunning debut picture book.

Lucinda
5,0 von 5 Sternen Thought provoking and beautifully illustrated
Rezension aus dem Vereinigten Königreich vom 10. September 2018
Verifizierter Kauf
A relevant and modern take on the original red riding hood, this book captures the same dark essence often associated with fairy tales. Thoroughly thought provoking, and a great book for sharing. There is so much opportunity for discussion, which I have already done quite a lot of!

The intricacy of the beautiful illustrations that at first glance you take at face value are full of clever character and detailed social messages. The tones of grey illustrations with the splashes of red work incredibly well and focuses attention as you move through the pages.

The overall look and feel of the book is really nice with a heavy cover and thick paper for the pages.

Naseeba Al Ozaibi
5,0 von 5 Sternen Genius!
Rezension aus dem Vereinigten Königreich vom 18. Oktober 2018
Verifizierter Kauf
“Always remember what is important so that you do not lose the path that leads you to realize your dreams”

This is a very clever book and I cannot limit its reading age to children only because of the high symbolism and depth that lies within and which suits all age groups, starting with us adults! I also believe, without doubt, that the fact that Marie Voigt is gifted in both writing and illustrating has significantly contributed to producing the book in this genius and unique way!!

The book tells the story of Little Red who is old enough to go to the city to visit her grandmother with her faithful and friendly dog Woody. However, once in the city she falls into the trap of its dazzling and shiny lifestyle and gets swallowed up by it. She regains her consciousness with the help of her dog Woody "wake up wake up", and finds her way to her grandmother's house.

There are many beautiful and smartly placed artistic symbols that confirm Voigt’s genius and talent in making this book, such as using dark colored backgrounds and shadows to indicate the city’s tempting yet scary life, the wolf’s dark head (eyes, nose and claws) that appeared in different parts of the city including the train, mobile phone screens, fast food restaurants, bags, giant buildings and skyscrapers, all of which pointing to the real “wolf” in the story. And many more symbols and phrases that further enhance the story’s depth and meaning, such as the dog (the sincere and loyal friend, the danger of his absence and the importance of his existence), the heart flowers, “remember what is really important”, “the city's shiny toys, shocking news, and tempting food” that are there to distract us from what is important and real in our lives, then there is the most important symbol of all, which in my opinion concludes the real meaning of the story and the message it delivers brilliantly which can be understood from the word DREAM that appears scattered in the first page and then written correctly on red’s bed in the last page.

“The road to fulfilling your dreams is paved with temptations and distractions so remember what is important, follow your heart, and keep good and loyal friends close to you and listen to them because you will need them to stay in the path or find it again if you get lost”.

This is Voigt’s first book, but is enough to make me a huge fan of all her future publication which I’ll eagerly look forward to. In my opinion Red and the City is the most beautiful retelling of a classic tale I have read so far. Reading the book to kids followed by discussion about the story and the illustrations will show kids new ways with which they can enjoy and appreciate what they read.
Lesen Sie weiter
2 Personen fanden diese Informationen hilfreich
Nützlich
Senden von Feedback...
Vielen Dank für Ihr Feedback.
Wir konnten Ihre Stimmabgabe leider nicht speichern. Bitte versuchen Sie es später noch einmal.
Missbrauch melden
Rezensionen auf Deutsch übersetzen

Every so often a publication catches your eye and delivers a quite different experience in words & pictures, starting with the little awestruck faces of Red & Woody on the front cover, overshadowed by the ‘dark’ of the city.
As expected, all is well at the end, after touching on a variety of emotions.
Of course, folks brought up in the city are likely to have a different view, but this is Red’s first ever visit:

📝 ‘Red is finally old enough to go into the city on her own. One day, she sets off with her trusty dog Woody to take a cake to Grandma, but the city makes Red feel hungry and she eats the cake. Determined to find a new present for Grandma, Red journeys deeper into the city but she is consumed by a seemingly overwhelming amount of choice.
Like all children, Red must find her own path and discover what matters the most.’

In the absence of the ‘Look Inside’ facility above, at the time of writing, the current stock images are a good guide to the content, including some ‘darker’ images to see the mood of the story.
There is a lot more in the atmospheric illustrations than first meets the eye, in my opinion, reflecting the exceptional talent of the author/illustrator, Ms Voigt.

The quality hardback measures around 23.5 cm x 27.5 cm, and uses RED, WHITE, BLACK & shades of GREY throughout.
The matte cover picture has a touch of shininess for key areas and extends to the back, which has simply, in bright RED lettering (1st image below refers):

THINK YOU KNOW THE WOLF?

THIS RED HAS A STORY OF HER OWN…’

Well-bound, the cover opens to 32 quality matte finish pages with a line or two of clear text, sometimes in WHITE on BLACK, which is suitably enhanced at times for effect!

Apart for the first & last page, the story is presented in double-page spread format, starting with the red, heart-shaped flowers that are dotted around the pages that follow, sometimes bowing their heads depending on the context.
To me, the shades of grey portray the ‘darker side’, i.e. the shadows of the city, adding another potential dimension for discussion depending on the age group. For example, the grey silhouettes engrossed in their mobile devices for the best part; their screen pictures all seemingly representing ‘the wolf’.
In most there is also a ‘wolf-like’ outline lurking, like the cover picture.

In an area where ‘No Dogs’ are allowed, Red strays off track with a couple of double-page spreads with reflections on various ‘temptations’, accompanied by an ‘Ahhh…’, an ‘Ohhh…’ & a ‘Mmmm…’, as she is eventually ‘swallowed up by the city’, amid a backdrop of apparent confusion.

Woody helps bring her back to reality, and, on reflection, she bins what is not important to her, then sticks to the path & completes her mission without further distraction.

The more observant might spot that the various items in the first picture, which go off with Red in her bag, play a part later on. The more curious might ponder the little cameo pictures on the last double-page spread and…turning over to the very last page…Grandma reading a story from a red-covered book that starts:

‘Once there was a little girl named…’

‘My story’, in more ways than one, perhaps?

(Me...I am still pondering the anagram on the first page & 'DREAM' on the last, and wonder if I am missing something else in the story!)

Magnum Valentino
5,0 von 5 Sternen Fantastic!
Rezension aus dem Vereinigten Königreich vom 7. Oktober 2018
Vine Kundenrezension eines kostenfreien Produkts( Was ist das? )
This is a different take on the classic story of Little Red Riding Hood.
I love the original story but I also love this one too.
Here we have Red taking a detour in and around town and getting a little distracted before finding her way to granny.
The story is well written, a good pace, nice descriptive language and the illustrations are impressive too.
I am a nursery school teacher and read this to the children, which they loved, and this is the most important thing. It really drew out great discussion and thought from the children.
They are so familiar with the original story that it really engaged them to listen to a retweet of it.
I love that it is hardback so will take wear and tear.
5 stars I love it and highly recommend.
Lesen Sie weiter
Eine Person fand diese Informationen hilfreich
Nützlich
Senden von Feedback...
Vielen Dank für Ihr Feedback.
Wir konnten Ihre Stimmabgabe leider nicht speichern. Bitte versuchen Sie es später noch einmal.
Missbrauch melden
Rezensionen auf Deutsch übersetzen
Alle Rezensionen anzeigen
Entdecken Sie jetzt alle Amazon Prime-Vorteile
Prime-Mitglieder genießen Zugang zu schnellem und kostenlosem Versand, tausenden Filmen und Serienepisoden mit Prime Video und vielen weiteren exklusiven Vorteilen.
> Jetzt entdecken