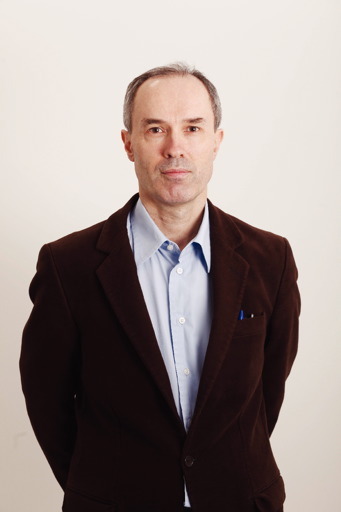 “Few outsiders have any realistic sense of the innards, motives, rivalries, and fears of the Chinese Communist leadership. But we all know much more than before, thanks to Richard McGregor’s illuminating and richly-textured look at the people in charge of China’s political machinery.... Invaluable.” — James Fallows, National Correspondent for The Atlantic

The Party is Financial Times reporter Richard McGregor’s eye-opening investigation into China’s Communist Party, and the integral role it has played in the country’s rise as a global superpower and rival to the United States. Many books have examined China’s economic rise, human rights record, turbulent history, and relations with the U.S.; none until now, however, have tackled the issue central to understanding all of these issues: how the ruling communist government works. The Party delves deeply into China’s secretive political machine.

“A masterful depiction of the party today. . . . McGregor illuminates the most important of the contradictions and paradoxes. . . . An entertaining and insightful portrait of China’s secretive rulers.” — The Economist

“A fascinating and ambitious book. . . . Revealing. . . . McGregor lays bare the secretive machinery of the party, how it operates far more pervasively in public life and commerce than many suspect.” — Forbes

“McGregor does a persuasive job of sketching how communist the country really still is. . . . Anyone who wants to understand more about China would be well advised to pick up McGregor’s book. — Newsweek

“As informative as it is entertaining. . . . China has been transformed. There is no denying it. The system that takes the credit is brilliantly described by McGregor.” — The Financial Times

“Richard McGregor has penned a detailed look at the Chinese Communist Party that is must reading for U.S. officials and China affairs specialists who profess to be perplexed at why the regime in Beijing consistently operates like a Soviet-style communist dictatorship and not a Western-style democracy.” — The Washington Times

“Fascinating. . . . The Party examines the intricate relationship between the Communist Party and the Chinese government, exposing how a political machine subverts the will to properly govern a billion people.” — Esquire

“A compelling exploration of the world’s largest and most successful political machine.” — Isabel Hilton, New Statesman

“Richard McGregor is one of the best foreign journalists who have ever reported from China. The Party draws on more than a decade of his superb reporting there, showing his keen eye for the telling detail that penetrates the veil of secrecy about how the Communist Party rules China, how it keeps track of its members, how it keeps the military under control, and how it penetrates business. A fine contribution for those who want to know about the rising power they will face in the decades ahead.” — Ezra Vogel, Professor Emeritus, Harvard University

“Superb in its depiction and demystification of the most important force at work in China today. Essential , riveting guide to how the rising power really works.” — Jonathan Fenby, author of The Penguin History of Modern China

“This is a marvellous and finely written study of how China is really run, and how its strange but successful system of Leninist capitalism really works. It should be read by anyone doing business with or just trying to understand China.” — Bill Emmott, former editor of The Economist

“Illuminating and richly-textured. . . . The Party will be invaluable for anyone trying to make sense of China’s future plans and choices. It has certainly enriched my own understanding of the country.” — James Fallows, National Correspondent for The Atlantic

“Richard McGregor is one of the best foreign journalists who have ever reported from China. The Party is a fine contribution for those who want to know about the rising power they will face in the decades ahead.” — Ezra Vogel, Professor Emeritus, Harvard University

“An engrossing read. . . . McGregor’s is a vivid narrative, sprinkled with humour and insightful analysis, of how the party has imprinted itself on almost every aspect of life in China, and how it has maintained its stranglehold on power.” — The South China Morning Post

“An illuminating and important new book. . . . A lively and penetrating account of a party that, since its founding in Shanghai as a clandestine organization in 1921, has clung to secrecy as an inviolable principle.” — The Washington Post

“An extraordinary book . . . with details never published before. . . . McGregor has done a terrific job of parting the curtains. . . . This book has come out at the right moment.” — The Sunday Times (London)

“Masterful. . . . McGregor’s book is proof that for all of its secretive tendencies, the Party and its power can be usefully analyzed. . . . An accessible introduction to the Party’s power in today’s China.” — Ian Johnson, The New York Review of Books

“Fascinating. . . . Illuminating. . . . Mr. McGregor guides readers through recent events in China, teasing out what each tells us about the Party’s role. . . . Reading this primer will help foreigners better navigate the hidden political shoals of the Chinese business world.” — The Wall Street Journal

China's political and economic growth in the past three decades is one of astonishing, epochal dimensions. The country has undergone a remarkable transformation on a scale similar to that of the Industrial Revolution in the West. The most remarkable part of this transformation, however, has been left largely untold—the central role of the Chinese Communist Party.

As an organization alone, the Party is a phenomenon of unique scale and power. Its membership surpasses seventy-three million, and it does more than just rule a country. The Party not only has a grip on every aspect of government, from the largest, richest cities to the smallest far-flung villages in Tibet and Xinjiang, it also has a hold on all official religions, the media, and the military. The Party presides over large, wealthy state-owned businesses, and it exercises control over the selection of senior executives of all government companies, many of which are in the top tier of the Fortune 500 list.

In The Party, Richard McGregor delves deeply into China's inner sanctum for the first time, showing how the Communist Party controls the government, courts, media, and military, and how it keeps all corruption accusations against its members in-house. The Party's decisions have a global impact, yet the CPC remains a deeply secretive body, hostile to the law, unaccountable to anyone or anything other than its own internal tribunals. It is the world's only geopolitical rival of the United States, and is steadfastly poised to think the worst of the West.

In this provocative and illuminating account, Richard McGregor offers a captivating portrait of China's Communist Party, its grip on power and control over China, and its future.

Richard McGregor is a reporter for the Financial Times and the publication’s former China bureau chief. He has reported from North Asia for nearly two decades and lives in Washington, D.C.

Sunil Mumbai
5,0 von 5 Sternen A must read for any outsider interested in the CP
Kundenrezension aus Indien 🇮🇳 am 21. Juli 2020
Verifizierter Kauf
I approached this book as a ‘foreigner’ curious to learn about the CCP. Coming from a multi-party noisy democracy like India, it was always a puzzle as to how a single party system would work, leave alone survive for 70 years. And of course, there were bits and pieces of stories and anecdotes heard over the years about life in China under the party.

The author does an extremely detailed job on the topic, presenting the various parts of the CCP - in relation to topics such as businesses, army, history etc. The book is rich with anecdotes, real events that shot to national limelight etc to make us get a ring side feel of what transpired in the 15-20 years upto 2010.

Pasquale1
3,0 von 5 Sternen VERY INTERESTING AND OFTEN SURPRISING
Kundenrezension aus Kanada 🇨🇦 am 16. August 2017
Verifizierter Kauf
Revealed a lot about the current and past history of the Party in China.
I would recommend to everyone
Lesen Sie weiter
Missbrauch melden
Rezensionen auf Deutsch übersetzen