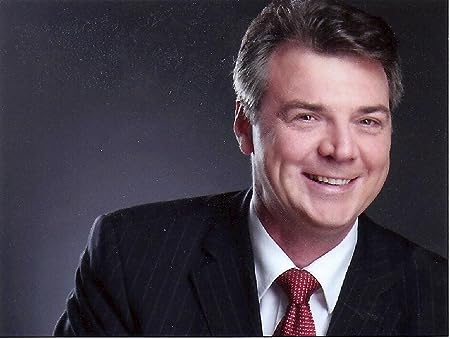 Norbert Voss, MBA, was born in Vienna, Austria on the 24th of October, 1963 to a Hungarian-Slovakian mother and a German father. Emigrating to Australia in 1965, Voss was raised and educated primarily in and around Sydney.

Originally trained as a chef, Voss spent nine years in the hospitality industry. He also dabbled in the music industry as a manager and music producer before returning to Europe at age 25. During a visit to his grandmother in Vienna, Voss met his future wife, who insisted the couple remain in Europe.

The couple settled in Germany where they proceeded to raise their two children.

Voss undertook what became a successful sales career, eventually being appointed a director in a significant international company.

Voss was an academic underachiever at high school, however, in 2006, Voss enrolled at the Vienna University of Economics and Business (WU) earning in 2007 dual Executive MBA degrees from both the WU and the University of Minnesota. When asked to describe the experience, he quipped, “Now I know a little about a lot of things, and I know a lot about a few things.”

In November, 2008, Voss lost his wife in a tragic accident. This event rendered him powerless to further pursue his business career. After several attempts to heal in stationary psychotherapy proved unsuccessful, the widower finally found some solace in the work with his muses and in writing this book. Nonetheless, his struggles with alcoholism and PTSD will be lifelong battles.

Having adopted a reclusive way of life, Voss remains largely isolated from society. He has been labeled many things including crazy and eccentric.

In 2016 Norbert published the book series called "13 Sensual Confessions" including following titles: "Muses to Meet", More of the Muses", "Fantasy for Krissy", "Kaia´s Tutorials", "The Ode of Aria", "Good-Girl Secret", "Backpacker´s Journey" and "Tales about Males".

Hardy Laddey was born in Berlin on the 8th of May 1943. In 1960, Laddey began his studies at the Akadamie Heinrich Zernack, Berlin, graduating in 1966 with a Master of Arts Degree in Graphic Design. During this time, he was also a protégé of the renowned artist Prof. Wilhelm Hübner-Lauenburg.

Also during this time, Laddey held numerous solo exhibitions. He, too, participated in various collective exhibitions in Greater Berlin. By 1967, Laddey had opened a gallery. His work had attracted international recognition, especially in the USA and a wealth of exhibitions followed there.

Laddey became disenchanted with the world of fine arts in 1972 and entered the mainstream as a creative artist in advertising. Having moved his family to Kreuzau near Düren, he went on to start his own print and graphic design company. Faced with adapting in the onslaught of the computer age in that industry, Laddey chose instead to sell his business, returning to freelance painting and drawing in 1998.

In 2013, Hardy Laddey won the international art competition to become the artist for “13 Sensual Confessions” and further aMuse projects.

„I find what I leave out of my motifs is far more interesting than what I actually show; after all, the observer has the right to speculate. For me, it would be the equivalent of committing a theft of senses if I revealed everything.” – Hardy Laddey 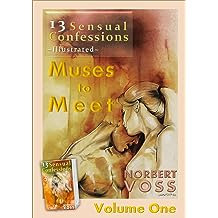 FOR WOMEN - MEN WELCOME
'Muses to Meet’ entices the reader with ten spectacular Muses over six different stories.‘Muses to Meet’ offers the complete ‘Seventh Woman’ and ‘Backpacker’ series. It also introduces the Muses, ‘Aria’ and ‘Kaia’, both of whom the author was completely obsessed with! The delightfully intriguing ‘Olya’ also shares her first set of intimate secrets.The finale is ‘Krissie’, a compact tale of pure
passion and unadulterated indulgence.‘Muses to Meet’. Available as an eBook or in paperback, this Volume contains twelve chapters of “13 Sensual Confessions” and 20 illustrations of Hardy Laddey. 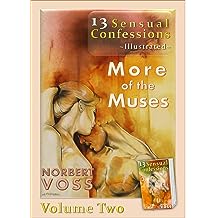 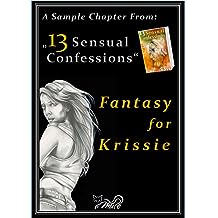 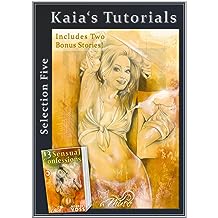 Number of pages: Approx. 157 in A5 format
Number of illustrations: 8, color in A5 format
Further Details: www.13sensualconfessions.com

FOR WOMEN - MEN WELCOME
"Kaia’s Tutorials"’ Teaching is the most efficient way of learning, and Kaia is a perfect student! And she is also a perfect teacher. This Selection presents four Muses and a guest, all over five vastly different chapters! Meet Kaia, Mari, Tatie and Krissi.

SAMPLE CHAPTER:
[...] I felt so relaxed and excited at the same time; the intimate massage, the deep kisses, the squeezing of my bosom, it was all a concerto of passion. It was all I needed. And when Slavik’s fingers slid upward to my love button, I felt the ecstasy of the ages caving into my subconscious. At that moment, I might have let him have it all, but Slavik didn’t try. He continued his rhythmic pursuit of my satisfaction with his masterly fingers. [...] 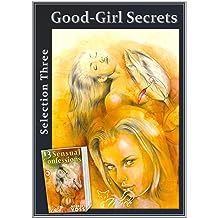 FOR WOMEN - MEN WELCOME
Good-Girl Secrets’ presents a total of six Muse spread over three, rather contrasting stories. Each Muse leads a wholesome, a so-called good-girl life. Experience tells us, the best bad girls are, indeed, good girls! And, of course, who doesn’t want to hear juicy secrets?

SAMPLE CHAPTER:
[...] “I know you won’t join us, but, there’s something you should, at least, watch.”
“I’ve seen everything, Til.”
“Just watch. You can always leave if you get bored.”
Sunni reluctantly agreed and followed him into the bedroom. They found Hannes dining on her sacred treasure; Rainer was behind her cradling her and kissing her neck and cheeks. Stephan and Heinz were fixed on a nipple each and Manya was clearly in ecstasy. Hannes was bringing her to yet another explosion as Sunni and Til watched appreciatively. [...] 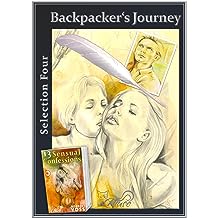 FOR WOMEN - MEN WELCOME
‘Backpacker’s Journey’ presents three Muses: Rini, Rouge, and Scarlett. They all have two things in common: Their flame-red hair and their affection for a backpacker… But they couldn’t be more different! The story is a three chapter roller coaster ride of emotion and fortune.

SAMPLE CHAPTER:
[...] She became more and more vulnerable. She was firmly hooked by this gorgeous, charming, giant, well-spoken Greek. She could ignore the good looks; Ukraine is full of good looking men! But he was so damned charming! And she couldn’t ignore that! Yes, she was hooked, but Rini had him hooked firmly, too. She only needed to reel in the line! The fact that these two would land in bed together was a given. Who was going to be on top was totally open. Rini wanted to be on top even when she was underneath. Rini took control. [...] 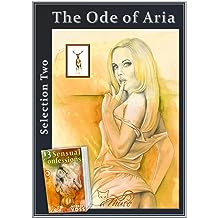 FOR WOMEN - MEN WELCOME
‘Ode of Aria’ This Selection presents one Muse, but oh what a Muse she is! Aria in the Forest is a four chapter story that conjures the magic of the deep woods and brings the elements to life! Do you believe in the supernatural?

SAMPLE CHAPTER:
[...] She began dreaming of roaming the forest; she envisaged herself as wandering amongst the trees, and then floating from flower to flower. She had depicted herself in her mind as a mythical creature, a fairy of sorts, complete with wings and pointy ears. Only, she wasn’t a tiny impish being; indeed, she was of fully grown human stature. And, though she physically resembled what might frequently be perceived to be angelic, she had humbly omitted the loftiness associated with angels from her fantasy self. She did, however, keep the features of her curvaceous, womanly figure intact in her fantasy, but she had removed the sleek and slightly ragged silvery dress in which she was originally clothed. And, of course, she kept her beautiful, long, flowing blonde mane. [...] 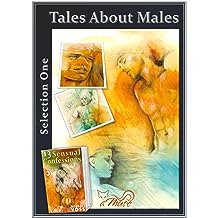 'Tales About Males' presents two Muses, Krisi, and Tatia. In these six chapters, the way the Muses approach their males couldn’t be more different! Krisi, the cunning, and Tatia the stunning. The men in these two stories? Henrik the desirable and Jenya the reliable!

SAMPLE CHAPTER
[...] He looked at her in the mirror and she at him. She smiled. Then, she closed her eyes and her head fell back. Her soft cheek slid against his rugged cheek. It had grown stubble and felt rough and manly. It aroused her even more! Her moans, previously punctuated by Jenya’s stabs, had morphed into one, long, enduring groan. Tatia lost control. Flames of immeasurable intensity engulfed her. She screamed, elated by her pleasure. She quivered. Wave after wave of voltaic excitement jolted her. Every wave that vibrated through her body threatened her ability to stay standing. [...]