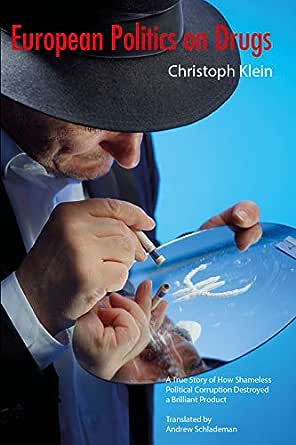 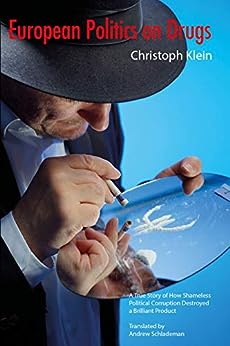 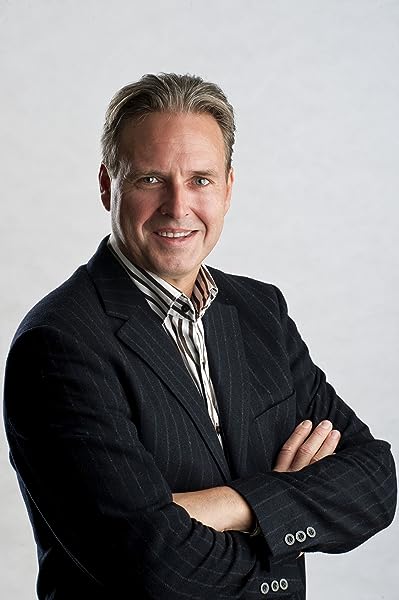 G. Timm
5,0 von 5 Sternen Excellent, understandable, exciting and in some places amusing written
Rezension aus Deutschland vom 21. November 2018
I admire the author that he has not given up and continues to fight and am shocked that such a thing is possible in Europe and so far has hardly been reported by the media. The book gives many indications that the European Union is corrupt and does not work as it should. There are also good reasons why some Member States shouldn't consider joining the EU. In this light, the exit of England makes even sense. It is obvious that Germany's industrial interests should be protected here. The case is unbelievable if you have not read this book yourself. I can recommend this book to everyone for reading. From me therefore 5 stars.
Lesen Sie weiter
Nützlich
Kommentar Missbrauch melden
Alle Rezensionen aus Deutschland anzeigen

Michael Bendas
5,0 von 5 Sternen How big pharma and politics is driving up the cost of drugs
Rezension aus den Vereinigten Staaten vom 12. Dezember 2018
Verifizierter Kauf
At a time when drug costs are an increasingly detrimental factor to medical treatment regimes, Christoph Klein’s book peels back the curtain behind which the big pharmaceutical companies hide their manipulations. When it costs an American more to buy a medication made in the USA directly from the American pharmaceutical firm than it does to buy it from a Canadian middleman, it is clear that something is seriously wrong. When drug companies can take COPD and asthma medications whose patents have run out, change the propellant in the inhaler and receive another long period of patent protection, something is seriously wrong. When innovative, superior medical device solutions are stopped from reaching the market by large pharmaceuticals with robust governmental contacts, something is seriously wrong.
Klein’s book, “European Politics on Drugs: A True Story of How Shameless Political Corruption Destroyed a Brilliant Product”, exposes the dealings employed by the powerful German multi-nationals to block innovation and subvert competition with their legions of lawyers and lobbyists. It highlights the ineptitude of the EU Commission, which should have been the governmental entity to constrain the corporate malfeasance which negated the introduction of a pioneering inhaler with no documented safety issues. This is very damaging to the treatment of patients as the price of many medications is increased to heights that preclude some people from receiving the doses needed to live a full, productive life. While the book is focused on his struggles to bring a new, more efficient inhaler to the marketplace, it is a classic example of how companies that have established market dominance can utilize their power and influence to limit competition to the detriment of the consumer.
I have spent time with Christoph at his home near Salzburg. He is a highly intelligent, well-grounded inventor who has been fighting a long battle to bring a superior product to the marketplace. While he is not a wide eyed idealist, he is a man who wants to see the medical field become more competitive and open to innovation for the benefit of the patient.
For anyone that wants to understand how big pharma operates, Klein’s book is a mandatory read.
Michael Bendas
Colonel (retired), US Army
Lesen Sie weiter
4 Personen fanden diese Informationen hilfreich
Nützlich
Senden von Feedback...
Vielen Dank für Ihr Feedback.
Wir konnten Ihre Stimmabgabe leider nicht speichern. Bitte versuchen Sie es später noch einmal.
Missbrauch melden
Rezensionen auf Deutsch übersetzen

Amazon Customer
4,0 von 5 Sternen Europe Destroys An Inventor’s Dream
Rezension aus den Vereinigten Staaten vom 15. Januar 2019
Verifizierter Kauf
I began this book with great interest and understood how the invention came about and why the initial reaction from the pharmaceutical industry was so appalling (diminished profit if Klein’s invention hit the market) but I was quickly immersed in reading about law suits. The writer for me got involved in legal nightmares.
Having worked with the European Commission and the Court Of Human Rights in the role of plaintive - I entered a collective law suit against Italy as one of hundreds of lectors being denied rights - I understood the author’s concern and commitment to seeing justice. The lettori of Italy saw justice & won several law suits at European level, so I believed in Europe’s system though disliking the life there. However, the book I have just read paints a nightmare picture. It is, however, difficult to assess unless you are keenly appreciative of law suits.
Time and again I found myself wondering whether the author would realise he was facing a brick wall and go round it to a different life or simply stop banging his head against it – the brick wall. He didn’t. Towards the end I also felt the man was obsessed to the point of ruining his peace of mind, and I also wondered how he could finance his dilemmas. He must have had other work.
The misery depicted by Christoph Klein just got worse. He goes on a dream holiday and can’t enjoy it, leaving his wife on the beach while he reads his latest nightmare from the European courts.
Bad reading – to say the least! Europe under the microscope (though a part of me knows that if a continent involves the world in the worst wars ever, it has, perforce, to be deeply disturbed, and disturbing). I did find, however, Klein’s fervour over the top and his misinterpretation of anger unacceptable. Anger of course helps self-preservation but it is one of the seven deadly sins and if it doesn’t explode it implodes, bringing bad health with that implosion, as well as an obsessional life without appreciation of one’s true joys – like spontaneous children and a loving wife. This is only an assumption on my part because I do not know this creative and highly dedicated entrepreneur.
At the end of the day this is a great book but a book of profound negativity in which wasted time, wasted money and wasted talent battle against a Goliath with stones of merit falling short and even returning to hurt the thrower.
I got involved with complaints, ombudsmen and police in England – a complaint about the NHS, the social services and a private care agency that dramatically diminished the family inheritance without bringing my father back to any semblance of health (England a country singled out for praise by Klein - because of Brexit -without probably remembering the empire the British were so proud of). Are still so proud of? Guess where my indignation got me? Nowhere. In fact, it got me to a "somewhere" - Plato's caves. I asked Thames Valley police for files which they said were still open but to this day because nothing has happened I believe that was a mere excuse. So, I wrote the novel “Great Tits I’ve Known (And Other Species)” then decided to let the matter rest forever in its country of origin - Great Britain. Note the "Great". How can a freedom of info. act be free if constrained and enchained by a protection of private data act and other difficult-to-comprehend matters?
To turn your back on giants and live a peaceful life is by no means folly!!!
The translation of Klein's book reads well though there are some odd expressions and some typos. I would give this book three stars for personal reasons but four for professional.
Lesen Sie weiter
Nützlich
Senden von Feedback...
Vielen Dank für Ihr Feedback.
Wir konnten Ihre Stimmabgabe leider nicht speichern. Bitte versuchen Sie es später noch einmal.
Missbrauch melden
Rezensionen auf Deutsch übersetzen