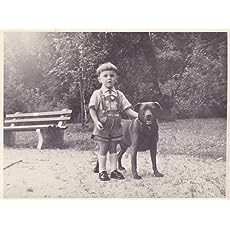 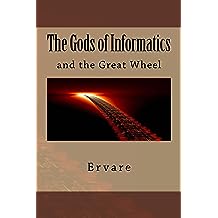 The Gods of Informatics: and The Great Wheel (English Edition) 05.05.2017
von Ervare
( 4 )
8,85 €
This book is for smart people or people who like to smile and have a special sense of humor, as it extends the usual boundaries of understanding our world. Written by Ervare, which is a coded name so you don’t know the identity of the author for a reason. In Afrikaans, Ervare means “the old man knowing,” and Ervare knows. The book opens doors into the ways of meeting people and cooperating with others – worldwide. We are living in a time when virtual and real worlds begin to meet. The future of interaction, of gaming, of creativity comes like a singularity to us. This is one spoke of The Great Wheel hinted at by the subtitle.

Ervare shares how to create an avatar and make a new life experience, as an artist, a creator of things in worlds where we can socialize, dream, and act. But, this book is not Science Fiction, it is written by someone who at the age of 19 became a university teacher in computer arts. He shares with us the true story of his life written as a memoir. This book is a joy to read. You shall laugh and feel immersed in the story that the author creates, weaving past, present, and future together. When telling us of the future, Ervare uses the trick that the book is actually written in the year 2037. Thus, in doing so, he brings pieces of reality to us where he is sure they will happen.

The author is active as an art curator for a world famous Biennale. He is also a developer of systems for Artificial Intelligence and more. Art meets technology, opens new doors in social interaction. You will take part in it.

He worked for Control Data, which was a USA supercomputer pioneer in the 80s, as head of consulting. So facts meet some creative fiction in a way you may believe and say, “Oh yes that’s the reality we are heading to…” – or throw it in the trash bin. LOL!

You will take part in the journey of Ervare, as if you have been there, when – just as an example – he was about to land on the wrong runway at an airfield in France when he made his British pilot license. You might hold his hand when he fakes the signature of his mother at the young age of eight, so he did not have to attend school, and learn how he devoured a casserole.

From mischief-maker to genius, the true-life story of Ervare will blow your mind!
Mehr lesen
Andere Formate: Taschenbuch
inkl. USt.