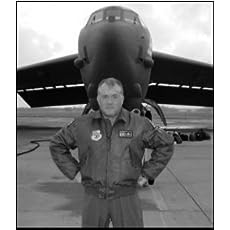 Sie werden über Neuerscheinungen informiert, erhalten verbesserte Empfehlungen u. v. m. (in Kürze).
C. D. Sutherland is a B-52 pilot turned novelist with his THE CHRONICLES OF SUSAH series. These novels defy conventional classification as they blend action and emotional tension with technology and spiritual intrigue in a coming of age story wrapped in an epic adventure set in the antediluvian age.

Born in Virginia, to the son of a coal-miner, who escaped a life in the dark Appalachian mines by joining the U.S. military, C. D. Sutherland also joined the military. After high school, he served in the Air Force for thirty-two years, seeing much of the world and doing things most men have only dreamed about doing.


THE DRAGONEERS and THE LOST DRAGONEER are available on Kindle. 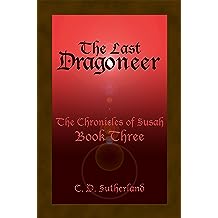 The Last Dragoneer (The Chronicles of Susah Book 3) (English Edition) 26.03.2014
von C. D. SUTHERLAND
( 8 )
3,58 €
Having survived her battle with the fallen angel called Abaddon, Susah faces greater challenges. Separated from all she has known, she has to deal with the advanced technology of the Cainites, the presence of myriad fallen angels, and eventually coming face to face with the one called Satan. Susah's devotion to duty is shaken when she meets a man unlike any she has ever known. Meanwhile, political upheaval in Sethica threatens to replace the pillars of a free society with a totalitarian oligarchy. All of this happens in the shadow of her father's prophecy of an impending flood. Whatever happens, this out-of-this-world, Earth-shattering story is sure to wash away some of your preconceptions about the Antediluvian Age.
You’ve never read anything like THE LAST DRAGONEER. Discover for yourself, is this the end, or a new beginning?
Mehr lesen
Andere Formate: Taschenbuch
inkl. USt. 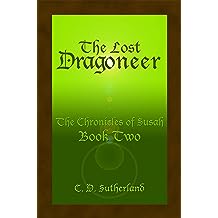 The Lost Dragoneer (The Chronicles of Susah Book 2) (English Edition) 03.01.2013
von C. D. SUTHERLAND
( 12 )
3,58 €
In an ancient kingdom lived a now forgotten but history-shaping warrior named Susah, who was one of the few of her race gifted with special abilities allowing her to see other people's thoughts and even communicate with animals. In a quest for self-actualization, she left her family at an early age and leveraged her gifts to become an officer in the exclusive Dragoneer Corps, the dragon-commanding fighters protecting her homeland from the encircling communities of savage enemies intent on the annihilation of Susah's entire race. As fate would have it, Susah joined the Dragoneer Corps just in time to lead the organization to its demise in the pivotal Battle of Pison.

The dragoneers repelled the invasion, but the war isn’t over. Their Pyrrhic victory offers little comfort in light of the self-absorbed citizens’ apathy to political corruption and faltering leadership. Most disheartening, everyone seems oblivious of an imminent danger.

Susah may be the most talented dragoneer ever, but raw ability is not enough to sustain a military career. Rejected and feeling abandoned, Susah bitterly turns her talents toward serving her personal pursuit of happiness, but the challenges have just begun.

Abaddon, a fallen angel nearly as old as time itself, and his demonic followers were held at bay for centuries by the Sethicans’ warrior spirit and their amazing technologies. After acquiring those same technologies from Sethican traitors, the would-be god refuses to be contained any longer. He is encouraged by the condition of the current generation of Seth’s progeny, decadent and weak. Abaddon leads his formidable army of Nephilim into Sethican territory to wage war against an under-funded, poorly-equipped defense force led by incompetents.

Just as Susah begins to prosper as a civilian, an old mentor urges her to return to military service. She refuses due to ambivalence fueled not only by disdain for the selfish behavior of her fellow citizens, but also by growing self-absorption. Susah’s initial rejection of the recall to service challenges her mentor to find a way to convince her to abandon self-interest for the greater good. He believes Susah may be the only chance for the last pure descendants of Adam to survive.

The Lost Dragoneer defies conventional classification. Action and combat, fantastic technology, and intriguing spiritual possibilities abound, but Susah's humanity and happiness are the real quest. This is a coming of age story wrapped in an epic adventure inside the antediluvian age.
Mehr lesen
Andere Formate: Taschenbuch
inkl. USt. 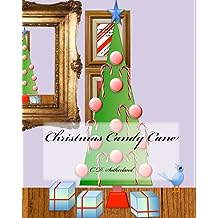 Christmas Candy Cane (English Edition) 16.12.2012
von C. D. SUTHERLAND
( 4 )
2,99 €
This children's picture book follows a happy boy named Asher as he searches for something to remind people Christmas is supposed to be about Jesus. Before the story ends, the symbolism of the Christmas candy cane becomes all too obvious.
Mehr lesen
Andere Formate: Taschenbuch
inkl. USt. 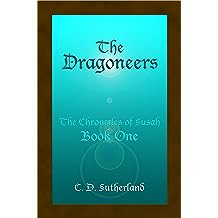 KIRKUS:
“In this new edition of his first novel, Sutherland (The Last Dragoneer, 2014, etc.) creates a modern-feeling world before Noah’s flood, a world populated with dragons, warriors, and a determined young woman who fearlessly seeks her proper place in the world ... an original vision of a corrupt antediluvian world, one that feels modern yet magical …”

PUBLISHERS WEEKLY:
"This novel defies conventional classification: is it science fiction? biblical fiction? thriller? The story describes a world where flying two-headed dragons and ogres exist, characters with telepathic gifts communicate with both animals and people, a man named Noah builds an Ark in his backyard, and a six-fingered giant named Lilith wants to take over the world. While this collage may have been implausible in lesser hands, the author makes it work ...”

THE DRAGONEERS follows the adventures of Susah, a talented young woman, who refuses to join her three brothers in helping advance the family business. She’d rather do something exciting with her life. While this story could have been set in any time, the fantastical world she lives in amplifies each step nearly beyond the bounds of imagination.

Against her parents' wishes, Susah leaves home on a quest to become one of the dragoneers, an elite fraternity of warriors sworn to defend the ancient Garden of Eden against all trespassers.

Meanwhile, deep in a lair inside of Sethopolis' roughest neighborhood, an evil giantess dreams of seizing the secrets of immortality and other powers, which she believes are hidden within the walls of the forbidden garden. Realizing she can't achieve her dream with her own resources, she joins forces with a fallen angel, nearly as old as time itself.

Unaware of the dangers awaiting her, Susah faces her greatest challenge. With the fate of the human race depending on their performance, will the dragoneers succeed in defending the Garden of Eden against the forces of evil? And even if they do, will Susah survive the pivotal battle of good verses evil?

This adventure builds on the little we know about the antediluvian world and overlays it with a blend of technology, supernatural powers, fire-and-ice-breathing, flying dragons, giants, and martial arts to begin Susah's adventure to discover her purpose.

This is the first book of exciting series, The Chronicles of Susah, which introduced antediluvian steampunk, a retro-futurfantastic genre that synthesizes literary Biblical Fiction with traditional Science Fiction Steampunk.

There is more to this story than you've been told.
Mehr lesen
Andere Formate: Taschenbuch
inkl. USt.